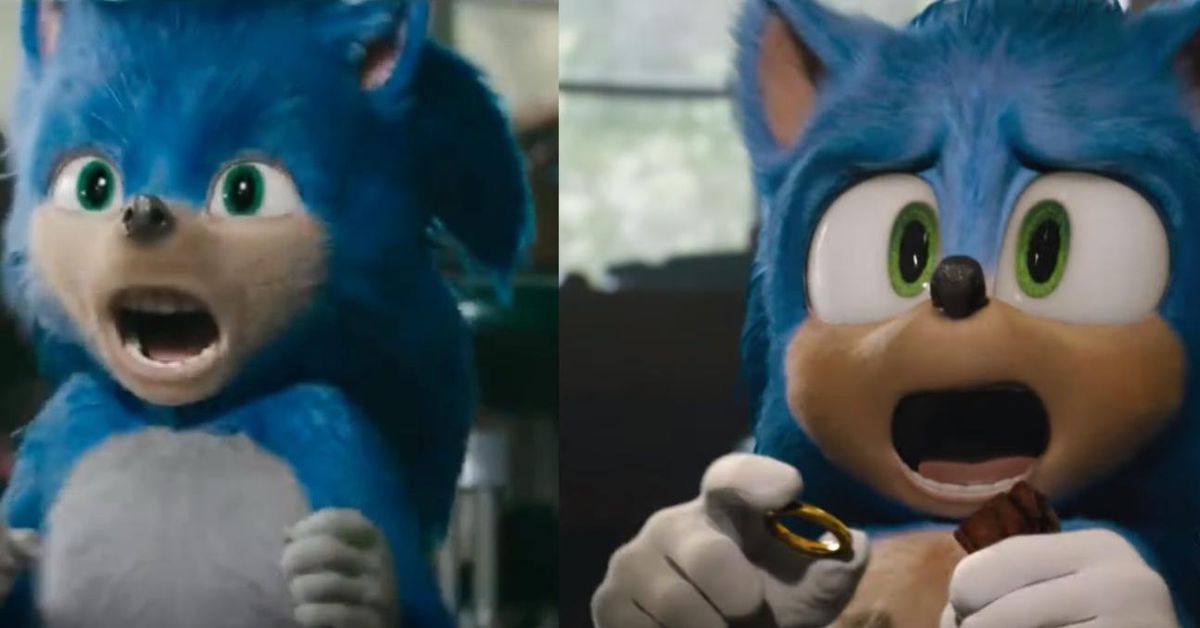 Video game movies have been the staple of bad cinema for decades. From Super Mario Bros. and Street Fighter to Tomb Raider and Need for Speed, movies cannot capture the magic of their interactive counterparts.

Only recently, titles like Detective Pikachu gave us a small glimmer of hope that we may be finally getting video game movies we can stomach (casting Ryan Reynolds as Pikachu was a stroke of brilliance).

Just when things were looking up, the first Sonic the Hedgehog trailer dropped. And holly shit, was it bad. The titular character looked like something that crawled out of Dean Koontz’s nightmares.

So what does all this have to do with marketing? As of the writing of this article, Sonic the Hedgehog has passed the 200 million mark on an 85 million budget. Bear in mind, the movie has just opened in some key markets, so it’s definitely going to make a lot more than that.

“Wait, what? I thought you said the movie was bad…”, I can hear you exclaim. Settle down, my dear reader, for you’re about to witness a masterclass in marketing. Sonic was the best salvage work in years. Let’s see how they did it and what we can learn.

Disclaimer: I’m only commenting on the marketing and the events surrounding the movie, itself. I’ve not seen the actual movie, so don’t consider this article a recommendation to go see it.

When the first trailer dropped, it stirred a metric fuckton of controversy. The fans went ballistic about the design of the titular character. If not for Occam’s razor, I would’ve thought Paramount created that monstrosity on purpose. Just to get some publicity (no such thing as bad press, right?).

Very few people liked the design, which set off a horrible tone for the movie. The studio was going for a more “realistic” version of the character. Which someone somewhere along the line thought was a good idea and then they just went with it. Apparently, having learned nothing from the Super Mario Bros. movie.

The fans were very vocal about hating this direction. With a passion. And then the blue checkmarks on Twitter and some “journalists” decided to bud in, because “their opinions matter”. There were lots of tweets and articles about “the toxic fandom” and “entitled fans”. If the Twitter crowd had had their way, the movie would’ve been a colossal failure. Thankfully, someone at Paramount Pictures actually has a brain.

And Paramount did something no one expected. They used the oldest marketing trick known to man – “give your paying customers what they want”. I know, it’s crazy. And it totally worked, too.

The studio admitted their mistake and changed direction. When they released a new trailer with the updated design, the fans were ecstatic. Not only because the new design didn’t look like a mishap. But also because the company actually listened to them and respected their wishes. Which is rare in Hollywood.

Of course, the blue checkmarks and the hack journos weren’t happy. And they became less happy when the release date was approaching and people seemed to be really interested in the Sonic movie. Some of them are probably crying now that the movie is a success, despite all the attempts to bury it.

Whether you’re a Hollywood studio or you’re a small online retailer, there are several things you should always take into consideration.

The audience you’re interested in are the people who are going to pay for your product. You don’t care about the opinions of people who wouldn’t pay you because they’re not your customers. And marketing is about creating a relationship with your customers. This may sound harsh, but it’s crucial.

Paramount took a gamble and decided to bet on the actual Sonic fans instead of the Twitter crowd and it paid off. The fans showed their appreciation. Remember – people always vote with their wallets.

Apply it to your business.

Many businesses today advertise on social media. However, very few of them follow the right metrics. While likes and comments are all well and good, your business can’t survive on exposure alone. You need sales. So how can you figure out if your campaign is reaching the right people? Look at your sales. If a campaign is generating all sorts of buzz and no sales, that means it’s not resonating with the right crowd. Always look at your bottom line and don’t be fooled by vanity metrics, such as likes and shares.

Show your customers the respect they deserve.

Without your customers, your business wouldn’t exist. So make sure you show them the proper respect. Be relentless about improving your products according to their needs. Ask their opinions and listen to their feedback.

However, and there’s a huge caveat here, make sure you know your actual audience first. It’s not that you should completely ignore feedback from people who don’t pay for your products. It may give you some good ideas for improvements. But always test those changes against the opinions of your loyal fan base. At the end of the day, your business doesn’t run on sunshine and rainbows.

Sonic the Hedgehog was a great example of marketing done right. The studio managed to find their core audience, listened to their feedback, adjusted accordingly, and they were rewarded for it. Would have the movie been a flop if they hadn’t? Who knows. But this is a great example that it’s sometimes better to admit you’d made a mistake and change direction while you still can. And teach people a lesson or two about marketing in the process.