Cost, Price, Value and Worth – What’s the Difference and Why Should You Care? 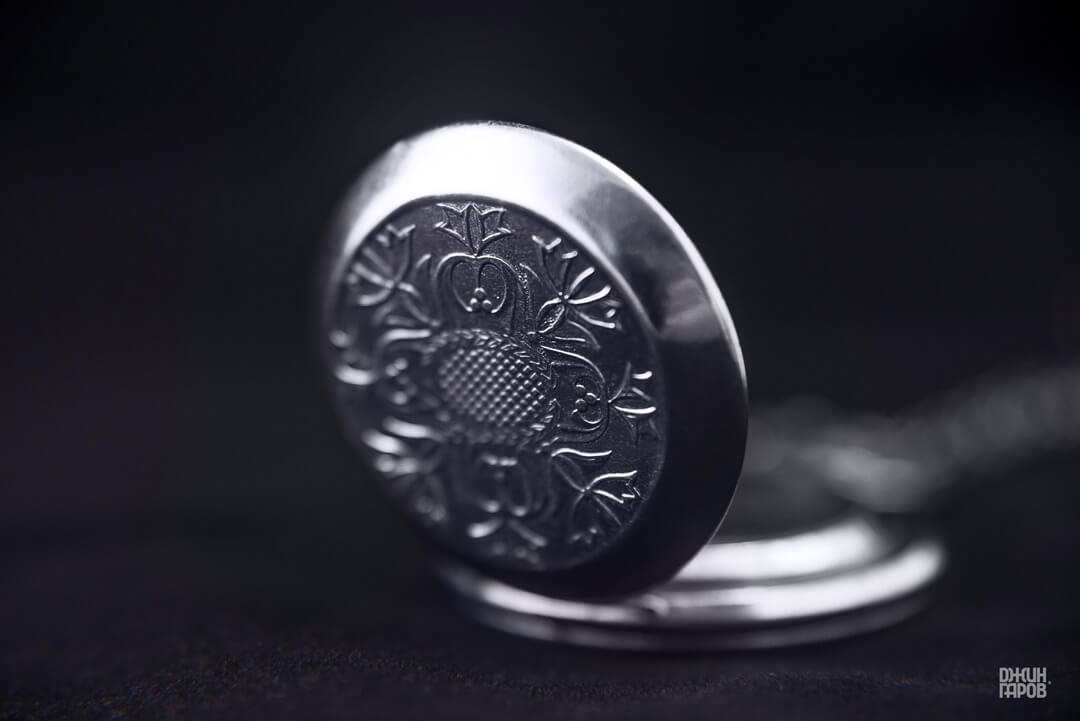 Her tone suddenly changed. She had just asked me how much I would charge for a brand strategy and the answer damn near shocked her. That’s the trouble with intellectual work – like art, many people think it’s easy. And even though it’s the thing that can make-or-break their business, it’s oftentimes the thing they least want to pay for. Which is awesome, because many disqualify themselves from working with me. This way, when I actually take on a client, I know two things: they’re serious and they respect my work. A positive working relationship is impossible without either of these prerequisites. So when someone doesn’t take “thinking” seriously, I know we’re not the right fit.

We finished the conversation and I hung up the phone. I know for a fact I didn’t ask for an exorbitant amount. I also know what I’ve been paid for my services in the past, so the offer was more than fair. Or was it? The thing about price, worth, cost, and value is we often use them as synonyms. Like quadruplets at a family gathering – we shout out a name and hope we get it right. But really, there are some important distinctions and perceptions we need to address before we decide whether something is “too expensive” or not.

What’s the difference between price, value, cost, and worth?

When I was at university, there was a test we conducted in one of the classes. The test was simple. “What would you save in case of a fire if you could only take one item?”, the professor would ask. And we’d answer.

(The money for my education was indeed well spent. But I digress.)

When it was my turn to trivialize the experiment, everyone who knew me thought I’d save my new computer (the most expensive item I owned at the time). But my answer shocked everybody. “A pocket watch left from my late grandfather.” The room fell silent. Jokes floating around a mere second ago, stopped dead in their tracks. When an answer is so unexpected, it has the power to freeze time, itself.

Thing is, that pocket watch probably doesn’t cost much. Sure, it’s old, but it’s not very rare (you can see it on the photos around my site, as well as the featured image). Its price wouldn’t be high. But that doesn’t matter – to me, it’s unique. It was my grandfather’s. The only memento I have left from him and I would rather lose my PC than lose that pocket watch. It carries sentimental value. So it’s worth a lot to me. Most of us understand the difference intuitively, yet it’s a bit difficult to talk about, which is why I decided to tackle this challenge. Let’s see if we can untie this Gordian knot without cutting it.

Cost is the most objective of the four. It includes the time and resources that went into the production of a good or performing a service. My grandfather’s watch probably cost around $30 to make. I’m speculating, of course, but it makes sense.

The model is old and it was made in the USSR. It was mass produced, and even though around 80% of the work was done by hand, I’m sure it wasn’t very expensive to make. They were copying Swiss mechanical movement at the time, so they didn’t have to invest in research and development. And since there was no competition, they didn’t have to innovate much, either. Hence, for the purposes of the article, let’s accept it costs $30.

Price is the amount of money you give in exchange for a good or a service. It’s usually based on cost plus factoring supply and demand. So, if my grandfather’s watch cost 30$ to make, but there was a fire in the Molnija factory, in a free market system (which wasn’t the case in the Soviet Union, but that’s beside the point), they would increase the asking price (the amount of money the seller asks for the goods). Therefore, you wouldn’t be able to buy a watch for $30 (cost-based pricing) and instead, you’d have to dish out $50 if demand remained steady. Again, these are just examples to illustrate a point. Real economic conditions and price formulations are far more complex than this.

Value is subjective. It can best be characterized as the importance of something to someone. My grandfather’s watch holds tremendous sentimental value to me. On the other hand, I’d probably never pay the 60 bucks people ask for a similar model on Ebay. Not just because I already have one, but because the watch, itself, isn’t important. It’s the fact that it belonged to my grandfather that makes it important.

In the marketing world, our job is to present products and services in such a way that customers feel the good or service is important to their need. While value, itself, is subjective, we can measure how much customers value these offerings by the objective results. There are different metrics and leading indicators we can use to measure this. For example, if you’re hiring someone to sling copy for you, you can look at customer engagement, bounce rate, sales from the site, dwell time, etc.

Worth is the monetary aspect of value. It determines how much we’re willing to spend on something, or how much money we’d ask for it. Unlike price, worth is not necessarily based on supply and demand or production cost. My grandfather’s watch is worth a lot to me. A lot more than to anyone else. Which is why I’d never sell it.

Each of Van Gogh’s paintings is worth a small fortune today. Yet, he was the posterboy for the starving artist during his time. He lived in poverty and was largely supported by his brother, Theo. Let me say this again – Vincent Van Gogh, one of the greatest artists of all time, lived in poverty.

Let’s do a mental experiment and try to determine the cost of a Van Gogh painting today. Van Gogh was Dutch, but I want to increase his cost of living, so I’ll use US expenses in the example.

After consulting with an artist friend of mine, he told me Van Gogh used rudimentary supplies (which makes his works all the more impressive). So we don’t need anything fancy. Therefore, the cost for a painting (let’s use The Starry Night as an example) in terms of supplies would be around $100-150. So, if we price the painting purely based on the cost of supplies, it would cost $150.

Now let’s add the artist’s work. No one knows how long it took Van Gogh to create the painting, but we take an educated guess. He was famous for being relentless in his pursuit of beauty, and he’d often put the brush down only when the painting was finally ready. Oftentimes, it would take him no more than a day to complete his works. But let’s say The Starry Night was more complex and took him a week. In order to keep it at a purely cost-based pricing, this means we’d have to cover Van Gogh’s food and lodgings for the week. How much would that be?

For a male at Van Gogh’s age when he created The Starry Night (36), the weekly cost for food would be around $80 . The assumption here is he orders takeout but he doesn’t eat regularly. Artists often forget to eat when they get too invested in their work.

Now, rent will be trickier to estimate, because it will depend on where we’re situated. But let’s use the median rent for a one-bedroom apartment in the US – $1,216. Divide that by 4 (because we’re only paying for a week) and we get $304. Let’s add in some other expenses and round it up. All in all, if we go by cost-based pricing, we’d be paying Van fuckin’ Gogh $600 for The Starry Night.

It’s impossible to say how much the painting is actually worth. Less famous Van Gogh paintings have been sold at auctions for $60-80 million. Suffice it to say, The Starry Night would be a lot more. Probably between $100-150 million, easily. Though if two very rich people both wanted it equally, it would go for a lot more than that at an auction.

So how do we get from $600 to hundreds of millions of dollars? First off, we’re not using cost-based pricing. That’s absurd when it comes to intellectual works and works of art. The value is much more important than the cost. And the value is high, due to factors like Van Gogh’s fame, the emotions his paintings induce, the cultural impact of his work, etc. Not to mention even if he did paint The Starry Night in a few nights (or even a week), it took him years of dedicated work to get to that level.

All of these factors lead to the creation of a unique painting, thus increasing the worth. You can buy a reproduction at a price of $600, but it won’t be the same. It’s not only the visual work that matters here. It’s the meaning behind it. All of Van Gogh’s pain, suffering, struggles, experiences, and the way he still saw beauty into the world, condensed into a single breathtaking canvas. You can’t put a price on that.

So how do you know whether an intellectual service is worth your money? Say you want to hire me to do brand strategy for you. Can I guarantee your business success? The short and long of it is “no”. Even if you have a damn good strategy, there’s a million things you can do wrong that may end up ruining the business (from poor cash flow decisions to the CEO tweeting the wrong thing). So, no, I can’t guarantee you success.

Then why should you hire me? Well, if you’re asking yourself that question, then you probably shouldn’t. If you can’t see the value in my work (clarity, focus, rumination, and setting you up to win), then you shouldn’t consider hiring me. Of course, we can talk about copywriting, but if your brand strategy is not on point, then everything that follows will be suboptimal. At the very least, you need a well-defined target audience (among other things). Otherwise, like trying to plant a tree in infertile ground – it won’t work.

Every time you’re hiring someone to do something for you, you’re taking a risk. That risk may pay off or it may not, but at the end of the day, it’s a leap of faith. Especially when it comes to high touch work like strategy. That’s why I make my process clear – it lowers the risk. Furthermore, the way I think about business is very transparent on my blog. With me, what you see is what you get, which lowers the risk even further.

In the end, did I ask my client a fair price? Well, it depends on the point of view. If you’re asking me (and since you’re reading my article, I will assume you care what I have to say), the answer is yes. If you ask my client, since we didn’t come to an agreement, then the answer is obviously no.

Everything is relative. And this situation is no exception. But that’s the beauty of this business – you don’t have to work with everyone. Only those who are a good fit.